The international break is finally over and the Premier League is back!

Lots of players have returned to their clubs injured and many have returned having played full games and travelled halfway round the World. Selection for FPL squads may be a little bit tricky heading into GW8.

Captain Picks.
My captain picks so far this season have rewarded me with 66 points from 7GW's, thats an average of 9.42. Doubled up to 132 points out of my total of 541 means 24.3% of my points have come from captain picks which shows what a difference the right captain pick can make. Yes, I did some maths!!

My captains so far, 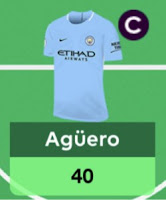 Captain for GW8
For me its hard to look past Harry Kane when picking a captain for GW8. Kane is on fire with four goals in his last two PL games, he also scored two goals for England during the international break. I'm backing Kane to end Spurs' run of poor form at Wembley.

Reports this week suggest Sergio Aguero has returned to training just two weeks after his car accident in Amsterdam. It remains to be seen whether Pep will risk Aguero against Stoke on Saturday but his return mustn't be far away. Sergio Aguero is one to watch in the coming weeks.

So, the theory is that big Romalu doesn't score against the big boys! Surely Lukaku will be looking to put that right this season. He's the top scorer in the PL with seven goals, but Man United have 3 difficult fixtures on the horizon with Liverpool, Spurs and Chelsea in the next four GW's. Will Lukaku continue his goal scoring form in the coming GW's?


My team for GW8 still undecided

So many FPL managers chose to make transfers early, but I waited to see who returned fit to play after the international break. Although I have lost a little value on Morata, I feel i've made the right choice tin waiting.

Twitter
Follow me for updates on Twitter: @Barrick88
Must follow FPL accounts:
@officialFPL
@BenDinnery - For all the latest injury news, I never select a player without checking if he's fit.
@FPLHints @FFPundits @FantasyFootyFix @FPLGeneral @FPL_Fly  @FPL_Penguin  @FPLPriceChanges are all excellent FPL accounts on twitter.
@fplholly has done a great job linking FPL articles on her new site. 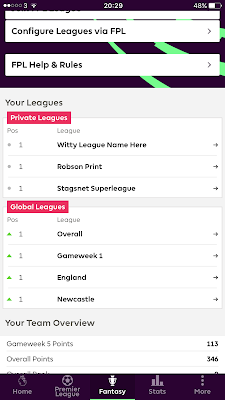 What a week as FPL World Number 1 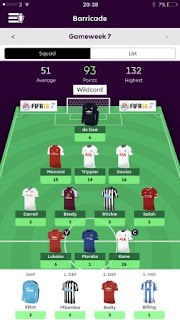 GW7 Review, back on top after a Wildcard that paid off